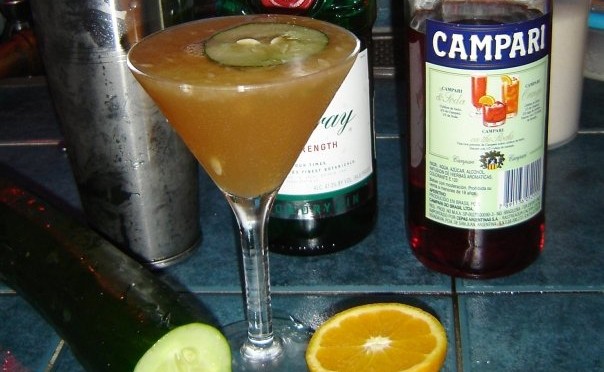 Editor’s Choice: Best Happy Hour Cocktail 2015
Buenos Aires’ trendy Soho neighborhood is the best place to enjoy a well-crafted cocktail. However, for a gay drinking option, take the Metro to the San Martin station where you can grab both a great cocktail and a great deal.

At this friendly spot, happy hour runs from 7 to 10pm and is the perfect way to kill time before the notoriously late Argentine dinner hour. Located in downtown BA (in a section known as Microcentro) Flux benefits from a large after-work crow eager for a drink after a day at the office.

For visitors: most of Flux Bar’s amicable staff speaks a far amount of English; the locals who patronize the bar are pretty diverse (from hot 20 year-olds to daddies over 40.) And, if your not feeling the crowd that night, grab one of the city’s gay nightlife pamplets on your way out the door.

Cocktails are the main attraction at Flux Bar and any item on the drink menu is worth a taste. (Oddly enough, non-Argentine drinks such as the mojito and caipirinha are the best bets.)

The downside to Flux Bar is the space itself. Located on the lower level of the building, you can expect more of a “sitting on a sofa in a basement” vibe than a sleek modern cocktail lounge.