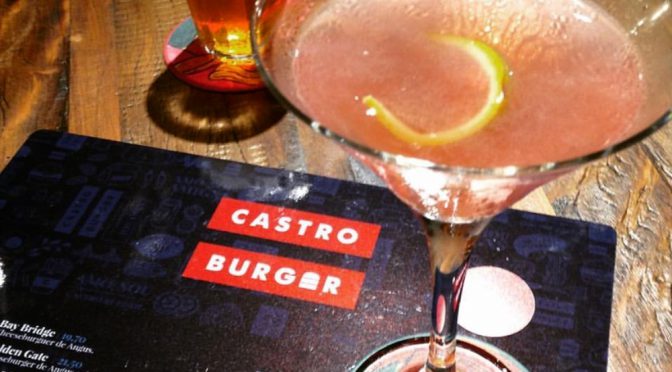 Maybe it’s time to give Vila Mariana official “gayborhood” status now that Castro Burger has arrived.  For years, the district was known as one of the best places to eat and one of the best places for gay and lesbian couples to settle down and get an apartment.  But, despite its large (and growing) LGBT population, there was never a flagship gay establishment until Castro Burger opened in late 2016.

Similar to it’s San Franciscan namesake, Castro Burger is a liberal place where all sorts of types gather.  On any given night, you may see a straight family from up the block with their kids, a group of gay guys having a birthday dinner in the back area, while a little bit of everyone gathers at the outdoor front bar.

The food is excellent (visit the links below for the full menu), but be aware that you will be tempted by Castro Burger’s neighbors, some of the best and most varied restaurants in the city.

Non-Brazilians have two more reasons to love Castro Burger: a mostly English-speaking staff, and a weekend brunch menu with all of the comforts of home.