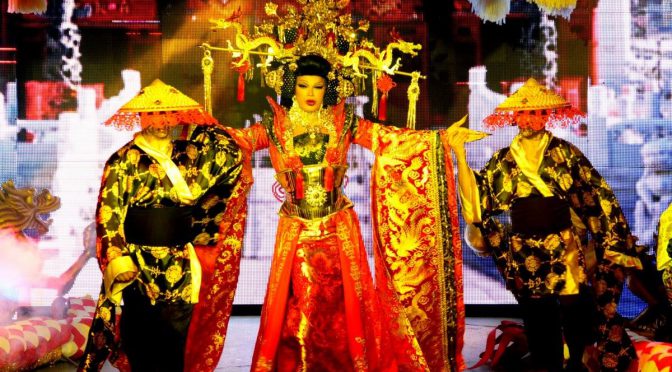 Editor’s Choice: Best Drag
Brazilian transformistas are some of the most exquisite drag performers in the world, and Blue Space is where you can find the best of the best every weekend.  With choreography, costumes, and production designs that could easily travel to Broadway or Las Vegas, performances at Blue Space raise the bar of gay nightlife.

Aside from the performances, Blue Space is a nightclub offering the standard fare of DJs who keep the dance floor pumping.

And it’s impossible to praise Blue Space without mentioning their beefy go-go dancers.

Blue Space is open Saturdays, Sundays, and the occasional Friday.  Their matinê show is the perfect way to go out on a Sunday night for those with who must be at work on Monday morning.

In 2016, the club welcomed Festa Ratchet which brings its own flavor of black music and the fine art of twerking.

Check out all of the Blue Space links below for photos and videos from their nearly 20 years of visually stunning performances.