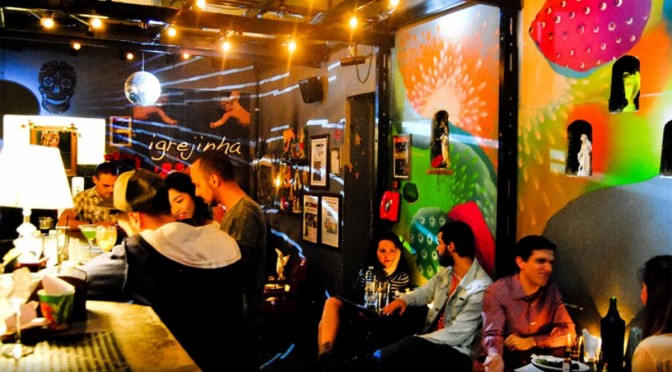 Find your new favorite bar at the end of trendy Rua Bela Cintra.

Within walking distance, yet a world away from the bagunça of the São Paulo’s cluster of gay bars in Frei Caneca, Igrejinha welcomes a more mature crowd with cocktails, tapas, and creative music nights within an eclectic house party space.

Igrejinha (which means “little church”) is not a gay, but is one of the growing number of GLS establishments which may have gay or straight owners and cater to a gays, lesbians, and simpáticos (the word for gay-friendly heteros.)  Thursdays are the gayest and the most popular as the sofas are removed to make way for a dance floor.  On Tuesday, live jazz packs the bar, and Wednesday’s “Rock Santeiro” party might feature everything from new wave, punk, or indie rock.