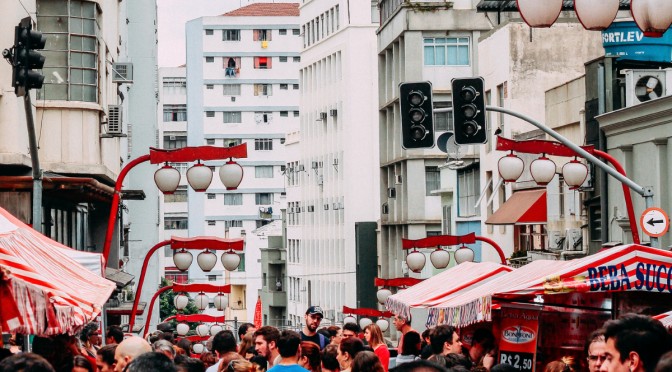 The Feira da Liberdade is an art and handicraft fair in the of Liberdade district of São Paulo. This popular open air market began in 1975 and operates every Sunday from 9am to 6pm near the Liberdade Metro station. (Vendors start dismantling at 5pm.)

Liberdade is the city’s Japantown and an great opportunity to explore the largest Japanese community outside of Japan.

Aside from the food, arts, and crafts of Japan, there is a large group of vendors specializing in goods from the Brazilian state of Bahia.

Sunday afternoons in Liberdade are fairly popular with both straights and gays.  After the day is over, return home with a full belly, and rest up for a Sunday night party at Blue Space!