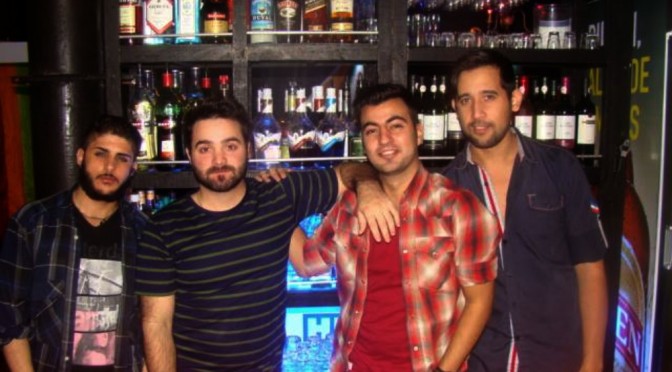 Have a drink at the bar, or chill in the small lounge before heading out to the bigger clubs. END_OF_DOCUMENT_TOKEN_TO_BE_REPLACED 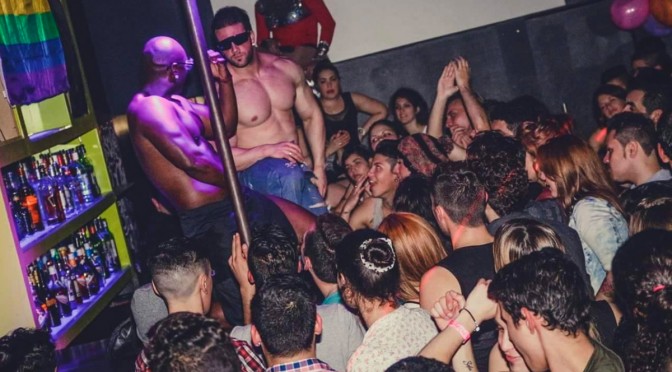 One of the gay-friendliest cities in Latin America has a relatively small number of gay bars and clubs making it easy to navigate for first-time visitors.

Be aware that nightlife starts very late in Montevideo.  Doors may may not even be open at 11:30PM.   Start the night like a true Uruguayan with a late dinner at any of Montevideo’s gay-friendly restaurants; many of them stay open until midnight or 1AM. If you have time to kill between dinner and the club of your choice, you can try Small Club.  Known as a previa (pre-club before the main attraction) Small Club has drinks, various locations to mix and mingle, and live performances.

After midnight … all three gay club options are listed below.  Use our Google Map of gay Montevideo to navigate the city.

Multiple levels of fun! Cain is the biggest gay nightclub in Montevideo.   Read the full review of Cain Dance Club »

This gay bar remains popular with both locals and tourists.  Visitors who find the crowds at clubs like Cain and Il Tempo to be too young, will have a great time at Chains with guys over 30. Read the full review of Chains Club »

Down-to-earth good time with a gay and lesbian crowd.  There’s a small stage with a revolving line-up of music, drag, and comedy.  Read the full review of Il Tempo » 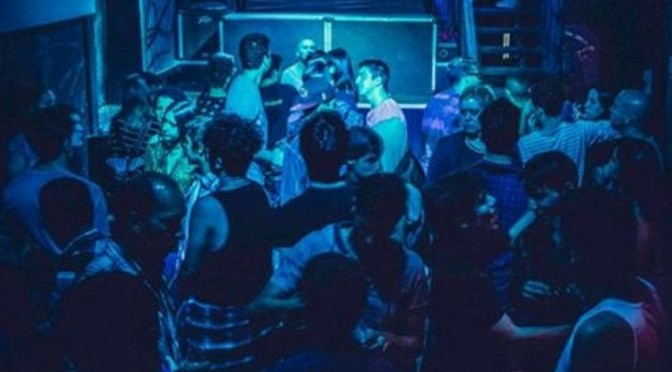 Red Bull is not required to stay awake for the late night fun at Montevideo’s high-energy gay club.
END_OF_DOCUMENT_TOKEN_TO_BE_REPLACED