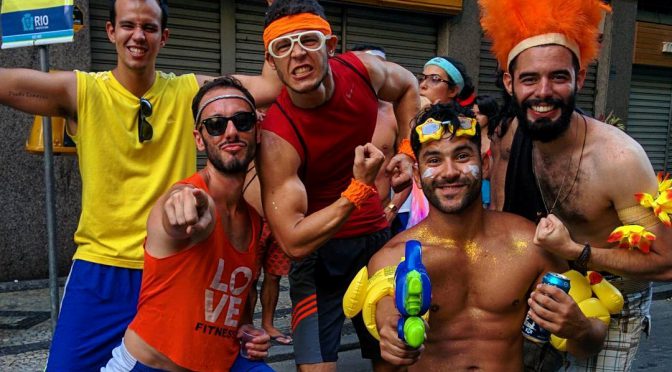 As the world re-opens for post-COVID travel, hopes are high for Latin America.  Brazil continues to race towards vaccinating its population, and projections a great for the next Carnival.

In 2022, Carnival will begin on Friday, February 25 and run through a wild extended weekend to Tuesday, March 1.  The day after is Ash Wednesday when the parties are officially over (for the most part) and you will find the streets of Rio de Janeiro quietly getting back to normal. Rio de Janeiro’s Carnival is considered the world’s largest, hosting approximately two million participants per day. In 2019, Rio’s carnival attracted a record 1.62 million visitors.


Getting There & Where to Stay

Purchasing a package of a flight including a hotel stay can be a great way to save money.  (Expedia has some of the cheapest package deals we have found with international flights to Brazil.)  Fortunately, many airlines are offering flexible cancellation policies to encourage post-COVID travel.  For great deals, try searching Skyscanner.com, Expedia.com, Iberia,  LAN / TAM Airlines,  and CheapFlights.com

Will you need a visa to enter Brazil?  In 2019, citizens of the US, Canada, Australia, and Japan received visa-free access to Brazil for tourism. Get the full list of nationalities and visa requirements from the consulate of Brazil.

For lodging, Booking.com remains the best, cheapest, way to find both hotels and flats (with Expedia ranking a close 2nd.)  Visit our full list of gay-friendly places to stay in Rio de Janeiro by clicking on the link below.

View all gay-friendly hotels in Rio »

Hopefully, you can arrive before Carnival week (and stay after.)  By January, Rio will be in full swing.  Visit any of the gay bars and clubs on our list and you will find a good time.

From the butch, to the femme, and everyone in between, Carnival in Rio offers the perfect excuse to show off your muscles or your glitter.  Here’s our short list of the city’s most  gay-friendly block parties, but you’ll find many of Rio’s blocos are fabulously welcoming.

To keep this section short, our guide will assume you know how to navigate the dangers of big cities and foreign countries.  Download digital version of Lonely Planet: Rio de Janeiro for the best English-language guide to the city, and a good source for basic travel tips.

This gay guide to Carnival in Rio will give you everything you need to plan your trip before you go, and all of the information you need during Carnival week.  Bookmark vamosgay.com/carnival-rio on web and mobile! 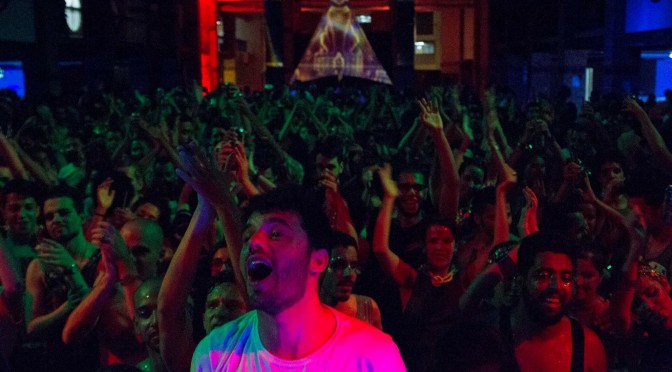 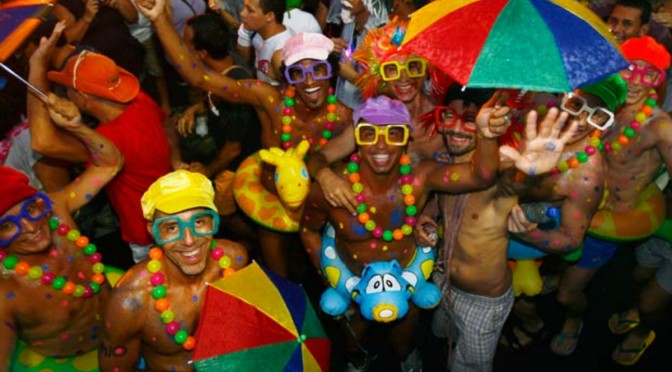 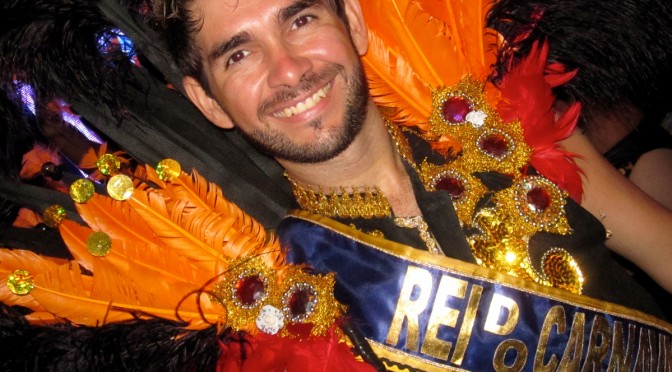